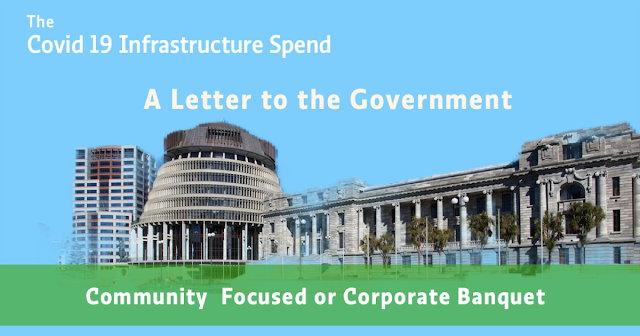 While there are large New Zealand-wide projects which should be funded (eg revitalisation of national and regional rail) it is essential that the lion’s share of the post-pandemic spending be invested in local “public-good” projects across the country.

An open letter has been sent to the
Prime Minister Ardern seeking just that.

Co-sign the letter
or
Email ThisBlogThis!Share to TwitterShare to FacebookShare to Pinterest

The problem
Minto for Mayor Solution
Under Minto for Mayor every child in Christchurch will have a warm, dry home BEFORE the rugby union gets a new stadium.

Cecil Courts has 20 units which have been progressively closed in recent years because the council refuses to refurbish or upgrade them despite the desperate housing shortage in Christchurch for people and families on low incomes. (Note: Earthquake damage is not the issue here because some of the units were occupied until a couple of years ago)

Another complex of 32 units, which is now also closed, is in Carey Street, Somerfield.

maintain council rental housing. This has led to run down council owned units across the city and when they need refurbishment they are simply closed and the number of council housing units available to families in need decreases year by year.

This is a social disgrace under the watch of a council fixated with pouring hundreds of millions of ratepayer money into a multi-purpose rugby stadium.

The council is now well over 400 units (and growing) short of what the city had before the earthquakes.

This shameful situation will be addressed by theMintoforMayor.nz campaign at the policy launch on Sunday including how the refurbishment/upgrades will be completed without cost to ratepayers. 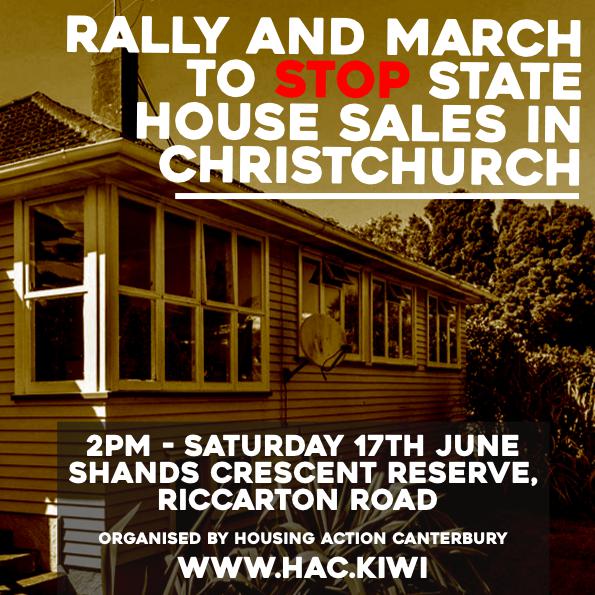 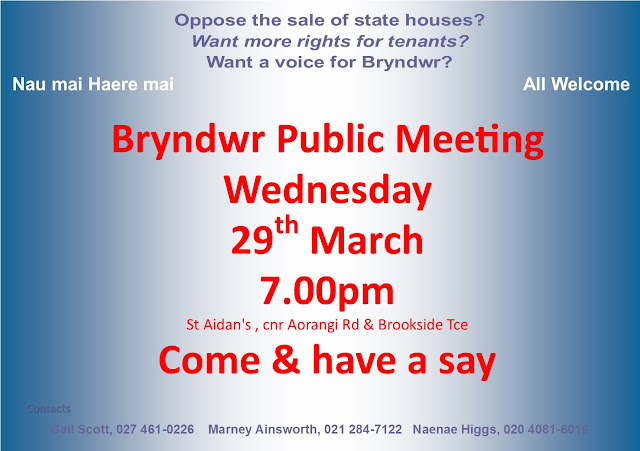 At a public meeting next week Housing Action Canterbury will launch a city-wide campaign to stop the government selling 2,500 state houses in Christchurch this year.

Selling thousands of state homes in the middle of a housing crisis is social vandalism and utterly unacceptable.

Only the government has the resources and capacity to build the homes needed by low and middle income families when we have 40,000 homeless people across the country.

The meeting will express the widespread and resolute opposition to the policy from Cantabrians.

We have an impressive list of speakers for the meeting which indicates the strength of feeling building in Christchurch.

Convenor of the State Housing Action Network, John Minto, will chair the meeting.
Email ThisBlogThis!Share to TwitterShare to FacebookShare to Pinterest

a tragedy for low-income families 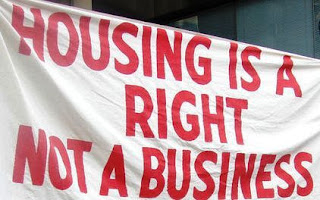 it had before the earthquakes.

At 1st September 2010, the council had 2649 council homes for rent but only 2292 available for rent as of 11th December 2016, according to figures from an Official Information Act request.
Despite 459 council homes having been demolished after the earthquakes only 61 (sic) new units have been completed since 1 September 2010! (A further 42 units will be demolished this year!)
Providing housing for the most vulnerable families in the wake of the earthquakes should have been the first council priority. It wasn’t.
Low-income families have been struggling with housing costs since then and despite the recent levelling off in private rental housing costs they remain artificially high because of the council’s failure to rebuild its housing stock.
The real devastating failure of the city rebuild is the plight of low-income families left high and dry by the Christchurch City Council.
The council should hang its head in shame.
Had the council prioritised rebuilding affordable housing, private rental costs across the city would be considerably lower than the very high rates being charged today.
All families in the private rental market are losers because of this moral and social failure.
The transfer of the council’s housing stock to the Otautahi Housing Trust, which took place on 1 October last year, will make the situation worse. The Trust does not have the resources or the capacity to build the homes required for tenants and families on low incomes.
The council must be forced to ramp up its building programme for council housing as an urgent priority and to vigorously oppose the government plans to sell 2,500 state houses in Christchurch.
Neither the council nor the government must be allowed to walk away from responsibility for housing families on low incomes.
Media Release: State Housing Action Network
Email ThisBlogThis!Share to TwitterShare to FacebookShare to Pinterest
Older Posts Home
Subscribe to: Posts (Atom) 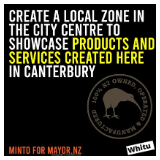 The Rise and Demise of State Housing as a PDF

The Rise and Demise of State Housing as a PowerPoint Show